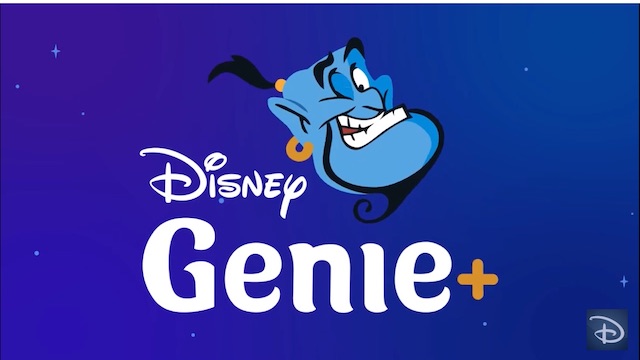 Disney fans are still greatly divided about the new Disney Genie system currently available at Walt Disney World. This will now be available at Disneyland very soon but with disappointing restrictions.

Recently we announced which Disney World attractions will be included in the Genie+ paid service. You can see the list of the attractions that will included at the Magic Kingdom, Epcot, Hollywood Studios and Animal Kingdom here.

Since the debut of Disney Genie, Disney Genie+, and the Individual Lighting Lane, Guests have been divided if this would be worth the price. Be sure to check out my honest review of using Disney Genie+ at Walt Disney World HERE.

Now Disneyland will be able to experience the maybe not so powerful Genie. We now have a debut date for Disney Genie at Disneyland: Wednesday, December 8, 2021.

We now have a debut date for Disney Genie at Disneyland: Wednesday, December 8, 2021.

This will allow Guests access to select attractions. Be sure to check out the full list HERE. At this time it appears that Disneyland Guests will only be able to book a Lightning Lane attractions for the next available time rather than choosing the arrival time that works best for them such as at Walt Disney World.

Unlike MaxPass, Guests will be unable to modify their return time. This is a big drawback for this new system.

What about those fan favorite attractions that are not available in the Disney Genie+ cost? Those are available for the Individual Lightning Lane. This is an added cost that will range in price from $7-$20 per ride. These will be for Rise of the Resistance, WEB Slingers, and Radiator Springs Racers.

The big difference with the Individual Lightning Lane at Disneyland is that Guests will not be able to select their return time for these attractions, but simply the next available arrival time.

At Disneyland, all Guests must make their Lighting Lane and Individual Lightning Lane selection once they have scanned into the Park.

It doesn’t seem to make sense why there are so many restrictions for the debut of Disney Genie in Disneyland.

What do you think of these changes? Will you be purchasing the Disney Genie+ or Individual Lighting Lane at Disneyland? Have you used this at Walt Disney World? Share your thoughts with us on our Facebook Page.

Check Out This BIG DVC Perk Coming To Disneyland Park

Disney named in a new lawsuit regarding Genie