Last week, a judge in Orange County ruled on a Disney wage lawsuit. Read on for details.

Does the City of Anaheim subsidize Disneyland? This question is at the heart of a worker lawsuit regarding hourly wage requirements. A living wage ballot measure passed in 2018. Workers contend that the measure applies to Disneyland but a judge ruled in favor of the mouse.

A 2018 ballot measure in Anaheim requires businesses that receive subsidies or tax rebates from the city must raise worker pay to $18 per hour by 2022. The hourly rate would start at $15 an hour in 2019 and increase by $1 each year through 2022.

The measure applies to any company in Anaheim that receives tax rebates or subsidies from the city of Anaheim.

The lawsuit, brought by Disneyland workers, claims that the 2018 living wage ballot measure applies to Disneyland. However, Disneyland has failed to implement the wage increases.

The plaintiffs contend that the Mickey and Friends Parking structure built in 1996 constitutes a tax incentive. The 90 million dollar structure was partially funded by hotel taxes and was built by the city of Anaheim. Disneyland leases the structure and keeps the parking revenue, according to the Disneyland Unofficial Guide.

Orange County Superior Court Judge William D. Claster ruled that despite the parking garage, Disneyland does not receive subsidies or tax rebates from the city of Anaheim as described on the ballot measure.

The city of Anaheim spokesperson stated they were pleased that the court ruling affirmed that the city does not subsidize Disneyland.

“We appreciate the Judge’s determination. It validates what we already know and have said- the City of Anaheim does not provide any rebate or subsidy to Disneyland.”

Lyster referred to the parking structure as a public-private partnership that reflects shared interest in the tourism economy.

A Disney spokesperson stated via email that while they are committed to fair pay for their cast members, they agree that the ballot measure does not apply to Disneyland.

An attorney representing the workers says they will appeal the ruling. The attorney called the judge’s ruling hyper technical and stated that the decision is contrary to the intent of Anaheim voters who passed the measure.

“I thinkit’s shameful that Disney can take over $300 million from the city of Anaheim and refuse, to this day, to pay tens of thousands of workers a living wage.”

Randy Renick, attorney for the workers

What do you think? Should Disneyland comply with the ballot measure? Let us know in the comments below and on Facebook. 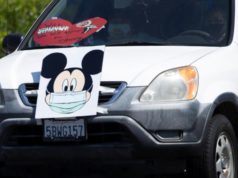 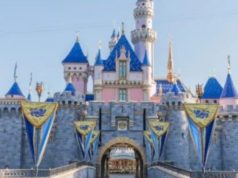 Disneyland Starts to Recall Cast Members Amid Clash with Unions