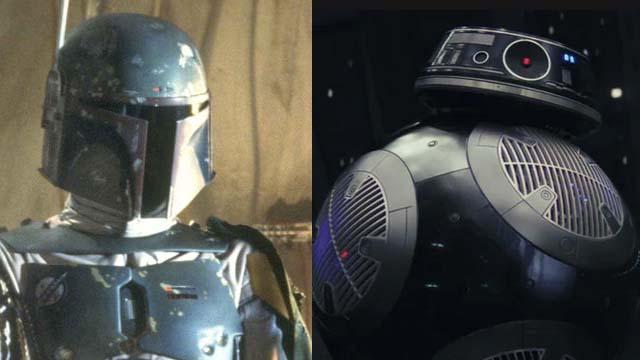 It’s day eleven of the March Badness Tournament. Now is the time to see who won yesterday and vote for your favorite in today’s Disney Villain match-up. Read on to vote!

This is our fourth tournament. Previously, you have crowned your favorite Disney Attraction, Character, and Restaurant. Round one of March Badness continues with the eleventh match-up.

Yesterday, Emperor Palpatine won his match-up against General Grievous. Check out the results below!

How are everyone’s brackets doing? Does anyone still have a perfect bracket? Find an updated bracket below.

We are now in the third match-up of the Star Wars Category. Today’s match-up is Boba Fett vs BB-9E.

Boba Fett is a Mandalorian bounty hunter. He is in both films The Empire Strikes Back and Return of the Jedi. In these films he is working for the Galactic Empire and Jabba the Hutt.

Fett was one of five other bounty hunters that were hired by Darth Vader to hunt down the Millennium Falcon. Darth Vader orders Han Solo to be frozen in carbonite.

Bobba Fett wants to collect the bounty from Jabba the Hutt, a powerful crime lord who lives on Tatooine, who has placed a bounty on Han Solo. Darth Vader allows Fett to bring Solo to Jabba to collect his reward.

BB-9E is a droid that serves the First Order. It is seen in Star Wars: Episode VIII – The Last Jedi.

BB-9E identifies intruders (Finn, Rose Tico, DJ, and BB-8) on the ship and reports them to its superiors. The intruders are then arrested.