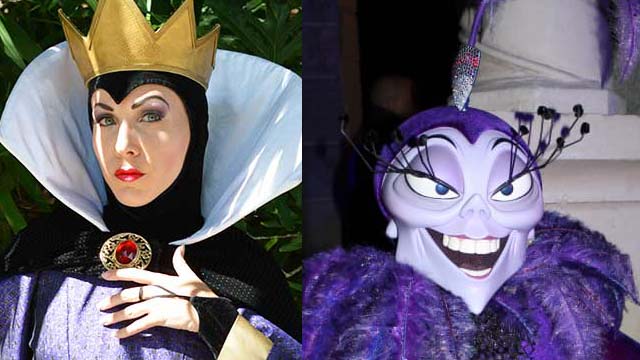 March Badness continues! Now is the time to see who won yesterday and vote for your favorite in today’s Disney Villain match-up.

This is our fourth tournament. Previously, you have crowned your favorite Disney Attraction, Character, and Restaurant. Round one of March Badness continues with the eighth match-up.

Even though the Queen of Hearts might want heads to roll, it looks like Lady Tremaine won yesterday’s match-up as the favorite villain! Check out the results below!

Below you will find an updated bracket.

We are still in the Female Villain category. Today’s match-up is the Evil Queen vs. Yzma.

Yzma is from Disney’s 2000 animated film, The Emperor’s New Groove. She plays an evil sorceress and was a former advisor to Emperor Kuzco.

She suddenly finds herself fired by Emperor Kuzco and then seeks revenge against him by wanting to have him killed and take over his throne.

Like the Evil Queen, Yzma also sees herself as being very beautiful and is extremely power hungry. She is determined to finish off the job that Kronk could not finish.