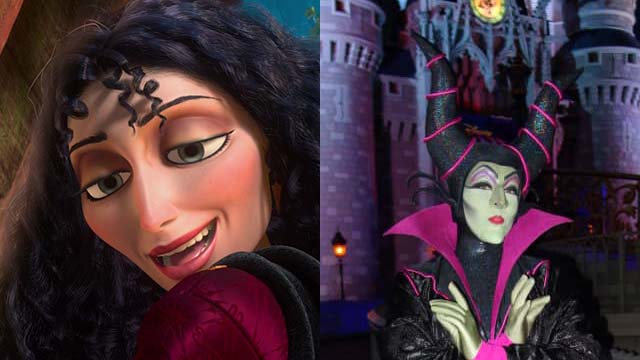 The Badness continues! We have finished the Male Villain Category. Now, it’s time to move on to the ladies!

It’s day five of the March Badness Tournament. Now is the time to see who won yesterday and vote for your favorite in today’s Disney Villain match-up.

This is our fourth tournament. Previously, you have crowned your favorite Disney Attraction, Character, and Restaurant. Round one of March Badness continues with the fifth match-up.

Jafar won yesterday’s match-up. Check out the results below!

Below you will find an updated bracket. How is your bracket doing?

It is now time for the Female Villain category. Today’s match-up is Mother Gothel vs Maleficent.

Mother Gothel is from Disney’s 2010 animated film, Tangled. This enchanted tale is the story of Rapunzel. Mother Gothel kidnaps Rapunzel as a baby to use her magical hair to keep herself young.

Mother Gothel is sneaky. Rapunzel is made to believe that Mother Gothel is her true mother and that the world is a dark and evil place. Rapunzel believes her and spends her days locked in a tower, until one day she is brave enough to venture out.

Aurora goes to live in the forest with the three fairies Flora, Fauna, and Merryweather. She takes on the name Briar Rose, and does not know she is a princess until her sixteen birthday.