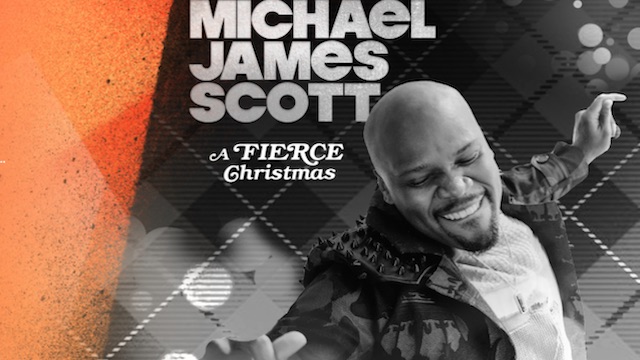 Local performers will join Broadway stars for a special outdoor concert! Find out how you can check this out in person!

Orlando native and Broadway star Michael James Scott will headline The Dr. Phillips Center’s Front Yard Festival with “A Fierce Christmas.” He has starred in Aladdin, The Book of Mormon, Something Rotten, Hair, All Shook Up, The Pirate Queen, Elf, Mamma Mia and Tarzan. The event will take place on Saturday, December 19 at 8pm.

Scott will bring his signature brand of joy and light to Florida audiences for a spectacular outdoor concert, featuring tunes from his new album. He will also perform selections that capture his diverse musical sensibility spanning Broadway, funk, jazz and gospel.

Scott will also be joined by fellow Florida-native Ashley Brown (Broadway’s original Mary Poppins, Beauty and The Beast). Brown and Scott have been friends since high school and last shared the stage at Disney on Broadway’s presentation at Epcot’s Festival of the Arts in February. I saw these two perform back in February, and it was amazing! They and the other performers were outstanding!

“It’s hard to believe that was this year,” Brown said. “It’s an incredible way to bookend this year with my friend—and I’m so honored to be a small part of launching Michael’s debut holiday album!”

Local Performers will get in on the act

Professional singers, students and musicians from Central Florida, including Orlando, Apopka, Winter Haven, and Winter Garden, will join Scott and Brown for the one-night-only event. The local singers and musicians gathered for a virtual meet and greet last week where the prevailing sentiment was enthusiasm to end this year on a positive note. “I’m really excited to be performing again,” said Jasmine Travick.

I think it’s great Central Florida residents can participate in this special event. We all need some special cheer this time of year. I’m sure this was just the thing these performers needed!

The Frontyard Festival at the Dr. Phillips Center is a six-month long festival presented by AdventHealth, featuring live entertainment in a safe, socially-distanced environment. Tickets are available in 2-, 4- or 5-seat pods at michaeljamesscott.com/live or by calling +1 (407) 358-6603.

Tickets for this special event can be purchased HERE.

For Scott, there was more to “A Fierce Christmas” than just making an album; he’s making a statement. “I’m protesting 2020 with joy. I think its important for people to know its okay to put out joy!” On taking his music home to Orlando, “Nothing could feel more right. To end this year standing in front of the community of family and friends singing Christmas music. I’ve been planning this concert since I was just a little chocolate kid singing and dancing in my bedroom!”

Are you interested in this live concert? Will you be purchasing tickets? Let us know on Facebook!