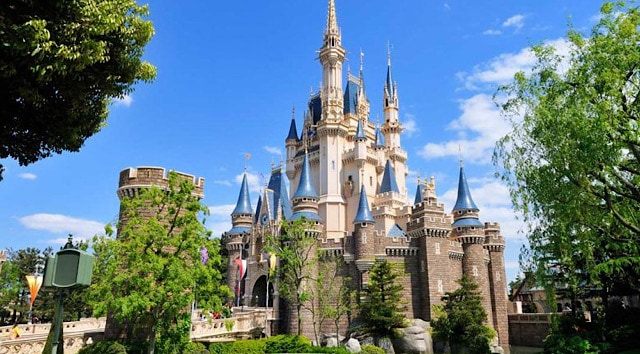 After Disney submitted a proposal to reopen Walt Disney World Resort beginning July 11, many fans were caught off guard. Just a week before, Universal proposed reopening a full month earlier. Now, Disney CEO speaks out on how Disney arrived at their reopening date.

Chapek has been making the media rounds to address the many questions Disney fans are left with after annoucing their reopening date. He spoke out on Good Morning America last week and shared that the reduced capacity would allow for lower wait times.

When asked what will happen with wait times, Chapek responded, “I think that’s going to be the silver lining.  For those folks that are lucky enough to get in that new reservation system, it’s going to be quite a magical day.

Now in an interview with Bloomberg, Chapek addressed the question so many Disney fans have on their mind: “why is Disney opening a full month after Universal?”

It’s going to take some time to take the millions of reservations that we’ve already got on the books and then switch that over to a new reservation system, so we think July is the right time for us.“

Chapek also addressed whether or not the company expects to rebound after the way the global pandemic has changed peoples perspectives.

“Over time, some of the fears that people have about getting together in big groups will dissipate, but its going to dissipate on the function of trust.  There are not many companies in the world that are trusted as much as the Walt Disney Company but its a trust that we will not, in any way, violate.”

“And so, Disney opens up a little later than others, we open up with not as many people inside our parks, but we do that on purpose because we want to build that trust in this new environment, our new normal, and than take it from there.  So baby steps every step of the way.”

But will people return after so many changes to the magical experience they have come to expect when visiting the Disney Parks? Chapek believes they will.

“Everything we can see long term from our Guest Surveys tells us that Disney Parks will be back, our guests will be back.  People are really hesitant to cancel their reservations that already exist.  So we think that we’re going to have enough demand over time.“

“Sure there’s going to be some bumps along the way as we have limited capacity, but we’ve got enough horses in the game, if you will, that we can go ahead and shift things around in the meantime, but be in a really good position to emerge even stronger long term than we are right now.”

Chapek also stated that Walt Disney World is learning from how Shanghai Disneyland is reopening. He shared that Shanghai is currently taking about 20,000 guests per day, and that both Guests and Cast Members have been extremely cooperative within the limitations they have set.

There are no announcements ready to be made regarding reopening any of the other Disney Theme Parks around the world, including Disneyland Resort in California. Disney believes that they should follow both the recommendations of the local government and their own feelings about reopening, and that will determine the reopening dates for the rest of the Theme Parks.

You can watch the entire interview HERE.

What are your thoughts on Disney’s “baby steps” approach to reopening? Let us know on Kenny the Pirate’s Facebook Page, or join our crew and continue the discussion!