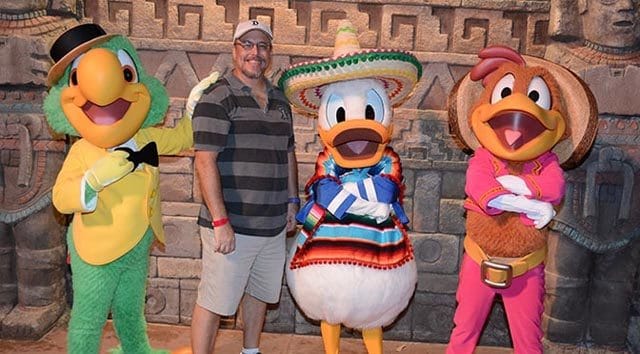 Vote for your favorite characters in our first-ever KennythePirate character tournament! We are moving along to our 7th face-off! Make sure you find the poll in this link so your vote is counted!

Here are the characters will be voting for during this tournament.

The winner of Game 6 was Alice!

Cast your Vote Now for Round 1 Game 7

The 3 Caballeros and Pete, Mickey’s arch-nemesis, are up for Round 1 Game 7! Cast your vote below.