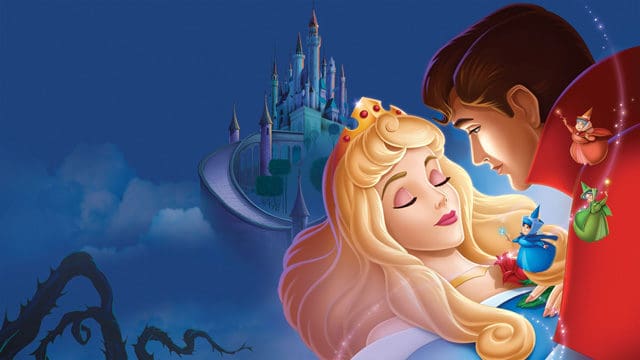 Most men take the average approach to a proposal: nice ring, secret photographer to capture the event, sweet sentiments, you get it. Then there’s this guy who had the most epic proposal ever. He spent months altering his girlfriend’s favorite Disney movie for a theater proposal. Check out the video of this super sweet and creative moment!

He spent months (six to be exact), working with an illustrator to animate himself and his girlfriend into her favorite movie, Sleeping Beauty.

On December 30, 2019, he took her and their family and friends to a movie theater to watch this new version of the movie.

Of course, she had no idea what was going on, and her reaction to the change is so great!

The scene that was altered is when Prince Phillip kisses Aurora and wakes her up from deep sleep. The proposal version includes Prince Phillip presenting an engagement ring to Aurora.

She looks very confused for a few moments but is laughing at the new changes.

Then, Phillip tosses the ring making it look like he is tossing into the theater at Leo, who is sitting in the audience next to Sthuthi.

He then pretends to catch it and then proposes! Her reaction is so great! Check out the video:

I love that she had no idea her friends and family were in the audience, too! He really played that up like a normal day so she wouldn’t suspect something special was going to happen.

Plus the scene cutting to “Once Upon a Dream” and the fireworks were just icing on the cake. He even had their animated figures put into the book!

Have you ever witnessed a unique Disney proposal? Maybe you’ve been in a Disney proposal! Share your experiences on Kenny the Pirate’s Facebook page! Also be sure to join the KtP Crew group – fun little stories like this are shared all the time!

Important information for travelers in Florida