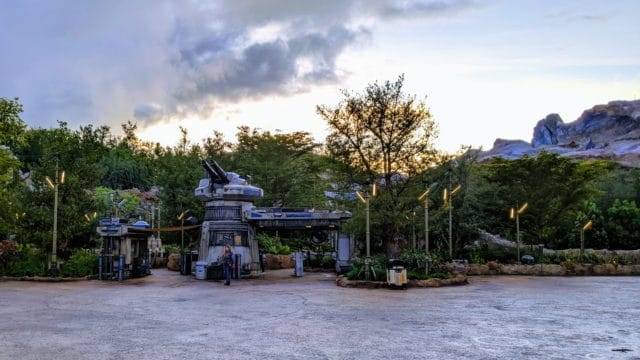 Walt Disney World has updated their park hours for late November and parts of December 2019 travel periods.  Those changes include the grand opening date for Star Wars: Galaxy’s Edge new ride Rise of the Resistance. Here’s a list of the dates that are updated and what that means to you.

When the new hours are fully added to the My Disney Experience Fastpass system, you will able to search for and find that coveted, last-minute Avatar – Flight of Passage or Seven Dwarfs Mine Train Fastpass!  I noticed that many of the November 2019 dates have already been added to the system!

I was able to find an 8:00am spot for Slinky Dog Dash on Rise of the Resistance opening day!

Most people don’t actually arrive at the theme parks until 10:00am or later, so the early bird gets some great rides with lower waits.  Try visiting Tomorrowland with Space Mountain, Astro Orbiter, Buzz Light-year and Tomorrowland Speedway with lower lines and use your Fastpass elsewhere.  Check out that amazing opening time for Christmas Day at the Magic Kingdom on my Crowd Calendar!

3. Longer days in the park.

If you visit early in the day for priority rides and character meets, you’ll be able to take a mid-day break and return in the evening for some nighttime magic.  An extra hour or two in the park will help you accomplish even more great attractions during your shorter day!  Even if you don’t want to ride rides in the evening, you should still check out the beautiful Christmas decor after dark!

Here’s a list of the dates that have changed park hours recently.  You can find the park hours, Extra Magic Hours, parades, and fireworks schedules on my Crowd Calendars!