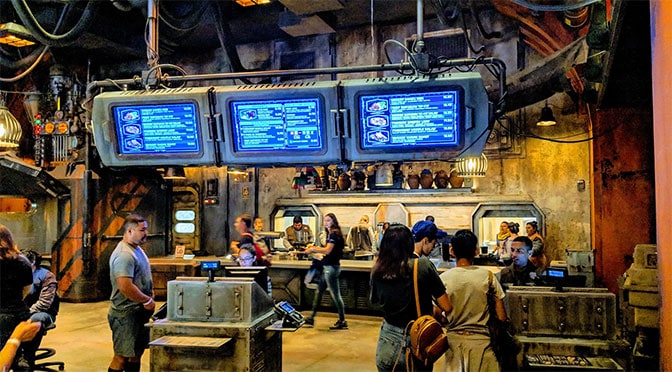 Disney has reverted their menu listings back to the original Star Wars names faster than you can say Fried Endorian Tip-Yip.

Last week it was announced that the uniquely named entrees at Star Wars Galaxy’s Edge would be changed to more traditional names. The exact reason for the change was not given, but it is likely because of the confusion some guests experienced when ordering food at Docking Bay 7 Food and Cargo in Disneyland.

Items like Braised Shaak Roast and Smoked Kaduu Ribs were changed to Beef Pot Roast and Smoked Pork Ribs, making it less confusing for guests who are trying to order but also removing the original Star Wars theming, which is part of what made the land so immersive. Perhaps the backlash that inevitably came from this change made Disney reconsider. 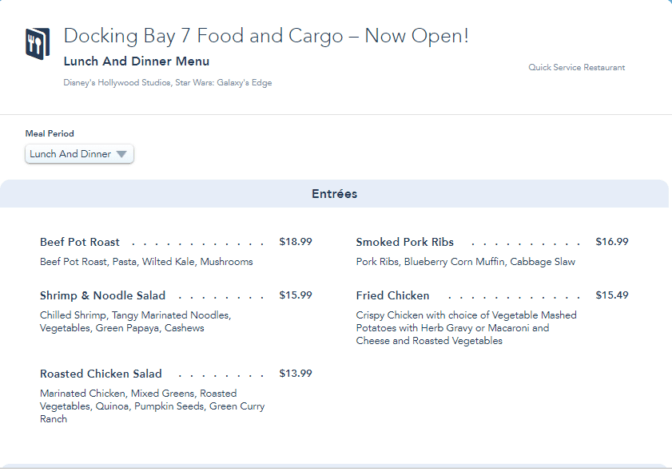 Original and unique Star Wars-themed names have returned to digital and online menus. There will likely still be some confusion because the physical menu boards at Docking Bay 7 Food and Cargo still have the new menu names, but I am sure the old unique ones will be put back up as soon as possible. 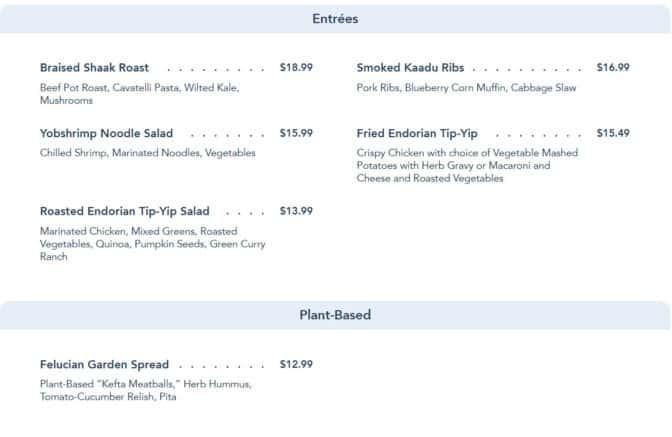 What do you think of these changes? Do you prefer the original Star Wars entree names or the more traditional ones? Let us know in the comments or on the KtP facebook page!