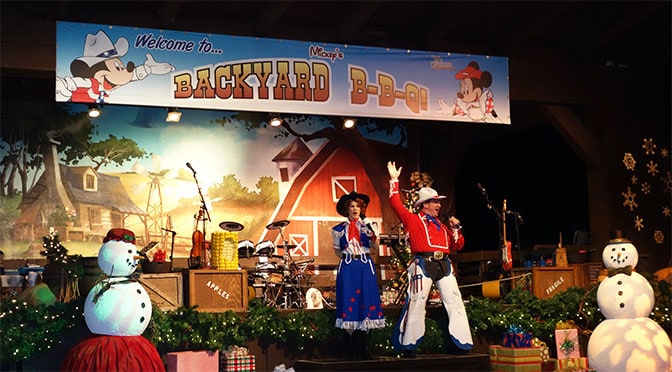 The final Mickey’s Backyard BBQ will be offered on December 31, 2018.  The space will be removed, along with the former River Country area, to allow for expansion for another Disney Vacation Club resort offering.

Hoop Dee Doo Musical Revue will continue to be offered.  As reported on WDWMagic.com, It’s thought that Disney World will reinstate the Backyard BBQ at some point in the future.  Plans have not been revealed officially by Disney at this time.

If the resort takes on a look similar to the Grand Canyon North Rim resort, it would have a positive appeal.  If it takes on a giant tower, like most DVC resorts, I think most fans of Fort Wilderness will pan the resort.

What do you think of these potential plans?