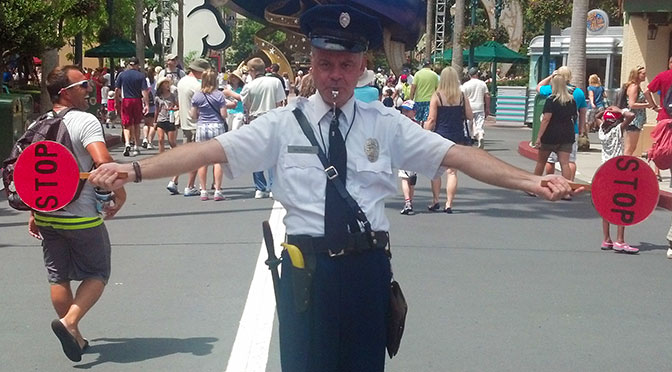 With Disney World having experienced its best year ever, it’s being forced by Disney corporate to make considerable cuts, that rattle the brain of guests.  Cuts are attributed to major cost overruns for the construction of Shanghai Disney.  One cut seriously affects Hollywood Studios “Streetmosphere,” or Citizens of Hollywood while another affects a play area that has degraded over the years. A large number of Citizens are being told that their contracts are not being renewed at Hollywood Studios.  Reports have it in the 10-12 person range.  Citizens of Hollywood have been a critical part of welcoming guests to the park with comedy, entertainment and whimsy just as you cross through the gates.  I’m not sure exactly which exact characters are affected at this time.  I’m sure they are devastated by the news that they’ve lost their jobs, while most have families to support.  Some rumors say that some of their roles could be filled by new hires, therefore saving the company money.

We’ve had many hours of fun interacting with these comedic geniouses and wish them only the best in finding new roles or new employment.  One of my daughter’s favorite memories is playing with Betty Shambles.  Citizens of Hollywood characters you will be missed!

DisneyQuest hours being cut as well.

DisneyQuest is moving it’s operational hours from 11:30am to 10:00 or 11:00pm back down to beginning at some point in the afternoon until 9pm.  DisneyQuest is a shadow of what it was 10 years ago.  It’s filled with broken and degrading games of all kinds and was announced to close, supposedly to make way for an NBA themed attraction, but even that is said to be on hold.  Many operations Cast Members will have to try to find hours among the many roles being scaled back.  Many regular Cast Members are being scaled back to 30 hours per week.

Boggles the mind to see a place that has been so successful cutting entertainment options.  One has to wonder when the usual 3 to 5 year round of Manager cuts will take place.

Oh, by the way, ticket prices are supposed to increase this weekend in some way.