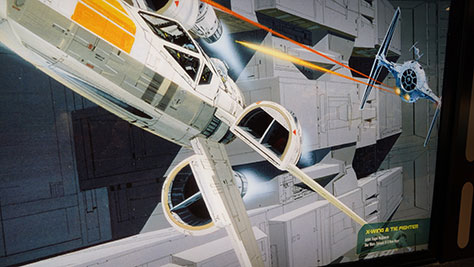 As I stated recently Kylo Ren is coming to replace Darth Vader in both the Regular Star Wars Launch Bay meet and greet and the Chase Disney  Visa meet.  He has already begun meeting guests in Disneyland and he’s coming very soon to Hollywood Studios.

According to information I was given by a Launch Bay Cast Member, Kylo Ren is supposed to begin meeting guests at Hollywood Studios on Sunday, February 7, 2016.  You may ask if I’m going to “guarantee” this date.  I can’t guarantee you anything and I would never book a trip based on a rumored date.  If you’re in the park that day, you might want to drop in and check.

Once Kylo takes Darth’s place, Darth will no longer meet, but will continue performing in Jedi training.  Rumors are still swirling though that Darth could end up in a special Star Wars character meal.