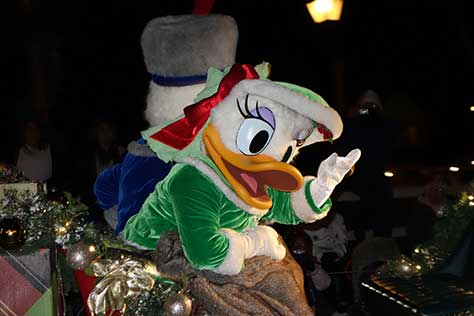 Advance taping for the Walt Disney World Christmas Parade has historically taken place early in December, but the dates for the recording has been moved up significantly for 2015 ABC Christmas Parade will be called Disney Parks Unforgettable Christmas Celebration and the filming will occur across the resort from November 10 to 13, 2015.  The parade portions will be filmed in the Magic Kingdom and guests are allowed to participate in the parade stop filming and special musical acts on the Cinderella Castle stage.

I updated my November 2015 Crowd Calendar with a note on each day.