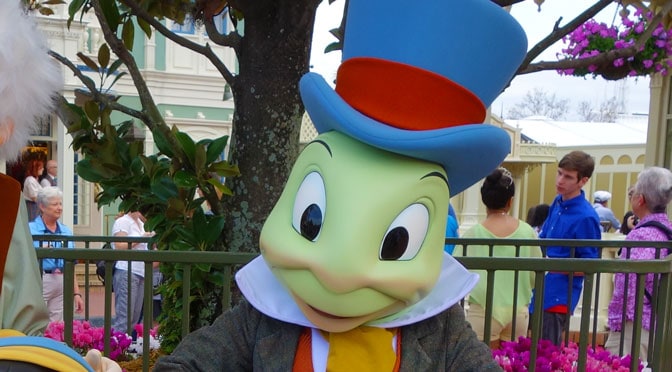 After months of supposition, it appears that Jiminy Cricket has finally been given the green light to return to Walt Disney World and Peter Pan makes yet another move.

Jiminy Cricket will return to Animal Kingdom’s Rafiki’s Planet Watch area near Rafiki on Sunday, April 19, 2015 until April 25, 2015.  Fans have clamoured to meet him, but he was totally unavailable for meets for quite some time.  Be sure to drop in to visit him.   Updated Animal Kingdom Map

Peter Pan will move back to his old Fantasyland stomping grounds on April 12th, 2015 (today).  He will return to the Neverland Map at the end of the Peter Pan’s Flight queue line.  His schedule should remain very similar.  Updated Magic Kingdom Map

Full schedules for everything in WDW are always found on Character Locator!