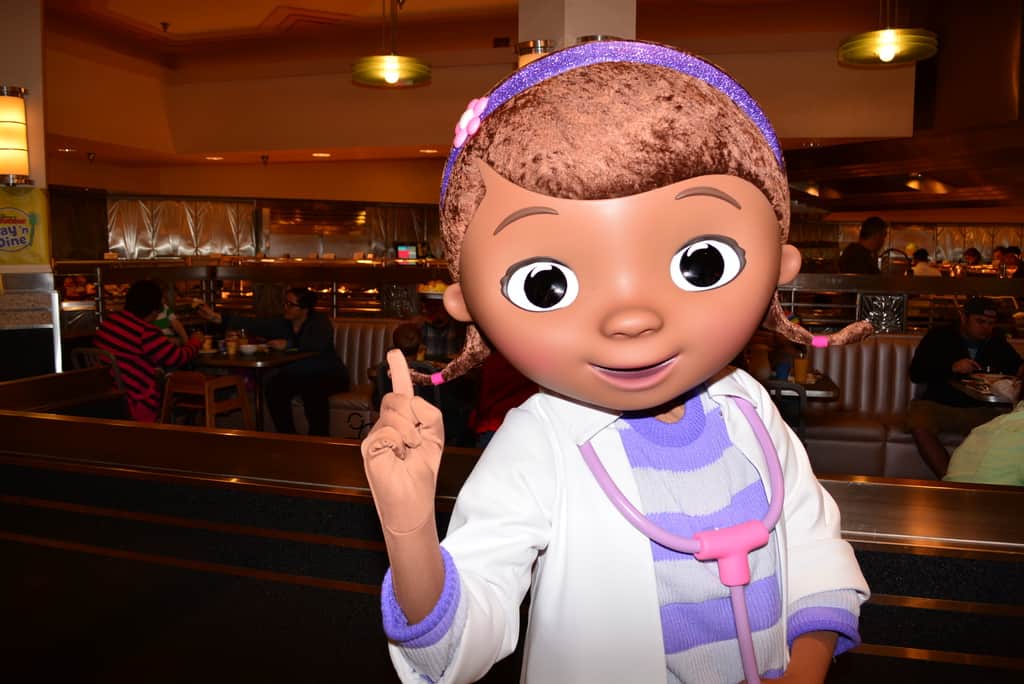 Hollywood Studios will be making some changes for it’s summer character lineup.  Doc McStuffins will begin appearing for all guests, the Incredibles are said to be leaving and Hiro and Baymax will stay a little longer at least.

Disney Parks officially announced that Doc McStuffins will begin making regular appearances at Hollywood Studios for all guests this summer.   She will join Jake and Sofia the First in the Animation Courtyard area next to Disney Junior.  She is supposed to begin appearing for all park guests in May at a set that will look like her playhouse clinic.

From now until then, you can meet here at Hollywood & Vine for breakfast and lunch and she appears at the Disney Junior Dance Party and you can see her puppet in Disney Junior – Live on Stage.

It is being rumored that the Incredibles could be leaving Hollywood Studios soon and would only appear at the Incredibles Super Dance Party in the Magic Kingdom.   Perhaps they are attempting to create a space for Oswald the Lucky Rabbit to meet guests at Walt Disney World?

Hiro and Baymax from Big Hero 6 are likely to continue appearing at Hollywood Studios at least through April 2015.  They could be extended beyond that time frame, but the set is usually used for the next upcoming Disney or Pixar film, which would be Inside Out, which releases in June 2015.  The only place to find their schedule is Character Locator.