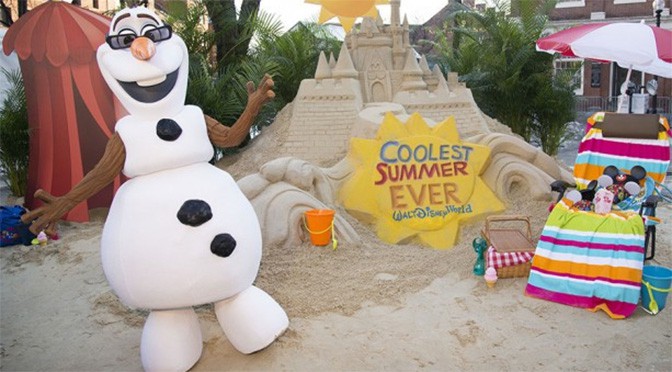 Disney Parks announced earlier today that they will offer another 24 hour event at Walt Disney World’s Magic Kingdom and Disneyland parks.  The theme this year is “Coolest Summer Ever” and again offers a Frozen theme for their summer guests.

The event will again be hosted on the Friday before Memorial Day, which is Friday, May 22 and is included with admission to either park.  The 24 hour day will begin at 6am May 22nd and end at 6am on May 23rd.  Guests are invited to dress in their best “Disney Side” interpretation.

Olaf the snowman is considered the official host for the “Coolest Summer Ever” event.  Here’s a sampling of events for the summer season:

While the parks will be quite busy, you can still accomplish a great deal as my daughter and I completed 100 attractions in a single day in 2014 at the Magic Kingdom.

The all-day/all-night celebration at Disneyland on May 22 will include dancing and special character encounters at locations in Disneyland and Disney California Adventure parks, along with enchanting Disneyland Resort Diamond Celebration décor throughout the resort.

Here’s a look at what is coming when the Disneyland Resort Diamond Celebration begins May 22: