Tigger and Pooh get the boot.

Tigger and Pooh’s regular meet location in the United Kingdom is closed for all of September and October for an unannounced refurbishment.  “All entertainment is subject to change without notice.”  They are now meeting at the International Gateway – which is the turnstile area that you can find after the United Kingdom, but before France when touring counter clockwise, like all the cool people do!  I updated their character schedule here on the blog and on the spiffy Character Locator app.  (Buy it while it’s still stinkin’ cheap and lifetime membership!)  BTW, most other sources are listing their meet times as “1:00 pm to 8:15 pm.”  You might notice that the actual schedule is slightly different :)   I’ll keep an eye on the schedule and see if it changes.

Pluto getting the boot.

“All entertainment is subject to change without notice.”  Rumor has it that Goofy is going to move back into the Character Spot. Is it an attempt to get the turnstile numbers back up there?  You can walk in almost any time of the day with little to no wait.  (I’ll do the whole photo update thing another day.)  When Goofy moves in, Pluto moves out.  Pluto isn’t supposed to offer a regular meet once this occurs.  You’ll still be able to find him in Animal Kingdom with Goofy (don’t worry, they are still best buds), Hollywood Studios (with Goofy, told ya!) and Magic Kingdom.  According to some lame pirate guy’s Master Character List, he also appears at Chef Mickey’s, Garden Grill, Rotates at Disney Visa meet, and ‘Ohana for breakfast.  I’m not sure I’d trust the guy, he only updates his site regularly and even provides weekly updates on Saturdays.

I’d guess that the move to eliminate a character is a budget adjustment to accommodate Anna and Elsa from Frozen next month.  We still could see another character cut somewhere or the budget will increase to allow for these to wonderful new characters to begin.  I DO NOT KNOW the actual date yet.

I’m really looking forward to the Unleash the Villains Limited Time Magic.  It’s difficult for me to say that about Limited Time Magic because many of them are more like a Limited Time Mess.  I wasn’t able to attend the May the Forth event at Hollywood Studios, but I heard that Studios put on quite the party for their first LTM.  I expect this second one to be even better.  Disney has announced that there will be a character dance party and a special fireworks show, but they do have some other great surprises that no one has posted about.  I won’t be the first one to do so.  I think some surprises are good, especially this one!  One surprise that I’ve heard will blow you away.  When the Disney Parks Blog announced a special Mickey’s Not So Scary Halloween Party AND Media Preview for the same night, I was excited to see a few more people heading to the Magic Kingdom to leave some of the fun at Studios for ME!  Muhaha!  Friday, September 13.  Mark the date and see you there.  I’ll announce a special meet up next week. 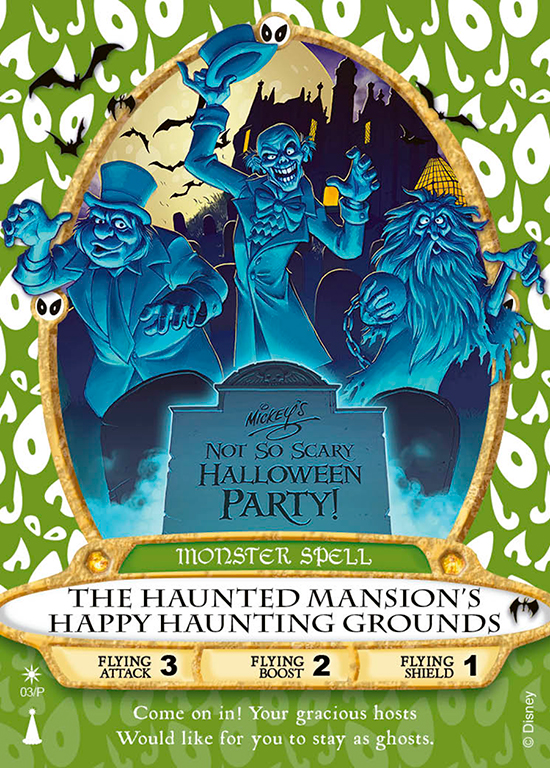 If you are a person who collects Sorcerers of the Magic Kingdom cards, or sells them on Ebay for exorbitant amounts of cash, you’ll be happy to know that Disney is releasing another FREE SotMK card for this year’s Mickey’s Not So Scary Halloween Party.  Place ’em in your bike spokes, Use ’em as drink coasters, Collect ’em, Sell ’em or trade ’em for a Mickey Mantle Topps Rookie Card, it’s up to you.

Oh, speaking of the Halloween Party.  I’m sending my teen reporter to the first party on the 10th to gather intel.  It’s a black-ops mission, so no photos of the subject are allowed.  The intrepid reporter will be asking “What time does character X appear?” about 6,000 times to help add those schedules to the Character Locator app.  I will not be able to attend one for myself until September 20th with my buddy EuroRob.  I’ll wear my same costume from last year, because it rocks!   There will be several location changes coming for the party and a couple of minor character adjustments.  I’ll release the data when I’m given the Okie Dokie.

I had dinner with my brother and sister-in-law tonight at Raglan Road and thoroughly enjoyed the place.  They keep the fun music and Irish dancing going pretty regularly and even taught my youngest a few dance steps for her 10th birthday.  She’s the one in the white jacket on the left.

We found it’s not the best place to catch up on memories because it’s really loud, but we all liked the experience.  Tomorrow we’ll spend the entire day at Magic Kingdom and check out Night of Joy for the first time.  I’ll bring you back photos and videos of the experience!