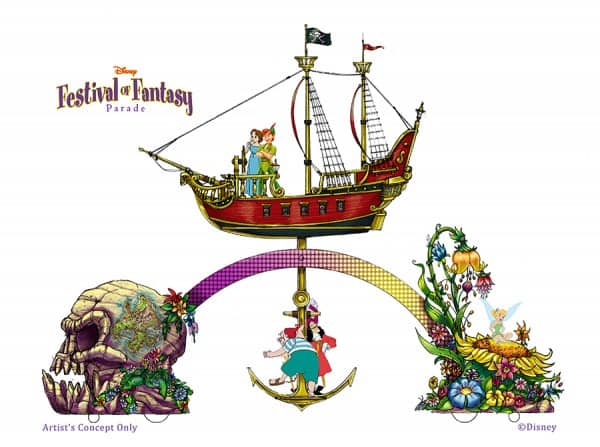 Disney has announced that an all NEW parade will be coming to Walt Disney World’s Magic Kingdom in the Spring of 2014.  To make way for this change, Celebrate a Dream Come True parade will be retired.  It is presumed that it will retire the week before Christmas when the park changes over to the Mickey’s Once Upon a Christmastime Parade for day guests and will not return.  This means that the park will be left without a parade for a few months during the change over.   When my children were small, the parades were a must-see.  During this change over, the only parade functioning will be at Animal Kingdom. “The Disney Festival of Fantasy Parade will bring the magical stories of New Fantasyland to Main Street, U.S.A., through fantastic and innovative new parade floats, vibrant costumes, and an original soundtrack that will feature beloved songs from favorite Disney films, plus a new parade theme song.” I’m excited that the park is receiving a new parade, how about you?