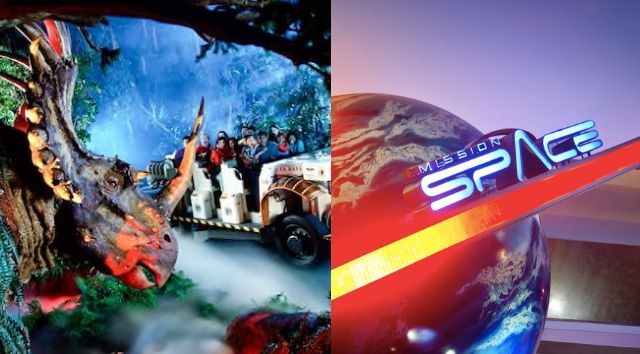 In what may have been the toughest decision yet, Avatar Flight of Passage won yesterday’s game.

Mission Space is a thrilling attraction that shows you just what its like to be an astronaut! There are two missions to choose from; Orange Mission, which is more intense, and Green Mission, which is a gentler orbit around Earth.

In Dinosaur, you’ll race through time in order to secure an Iguanadon and bring it back to the present! You’ll navigate a pre-historic forest filled with Dinosaurs and danger at every turn!