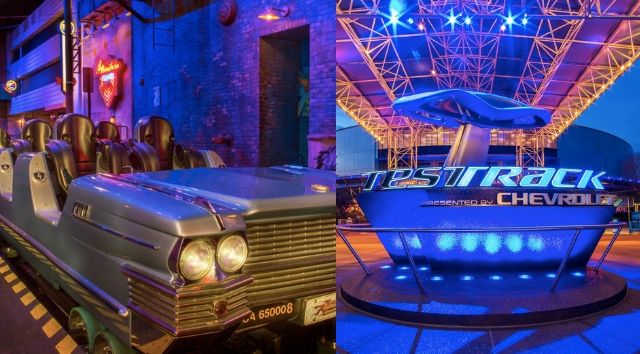 This was such a hard choice, but ultimately the “wildest ride in the wilderness” was our winner!

Test Track, located in Epcot, allows you to design a virtual concept car and take the car for a test drive!

You’ll test your car against curves, sudden stops, and inclement weather. The test drive concludes with an outside course, where you’ll accelerate to 65mph, for your big thrills!

In Rock ‘n’ Rollercoaster, you’ll board a stretch limo and race through the streets of Los Angeles while listening to Aerosmith rock out!

This coaster features Walt Disney Worlds only inversions; 2 rollover loops and 1 corkscrew. This is one “very exciting” ride for sure!