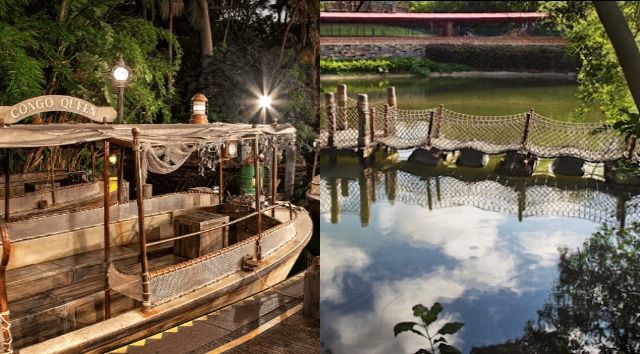 Yesterdays winner was it’s a small world! This lovable boat ride is special to many in our pirate crew!

Jungle Cruise is a popular attraction located in Adventureland. Guests embark on a river cruise and need to watch out for “dangerous” animals and corny puns by the skippers.

Jungle cruise was an opening day attraction at Magic Kingdom, and was inspired by Walt Disney’s True Life Adventures films.

Tom Sawyer Island was inspired by the stories of Mark Twain. The attraction opened in 1973, and has been a fun place for families to explore and relax ever since.

To visit Tom Sawyer Island, you’ll board a log raft and journey across a river. Guests will then take a self guided tour around the island, finding adventure at every turn!