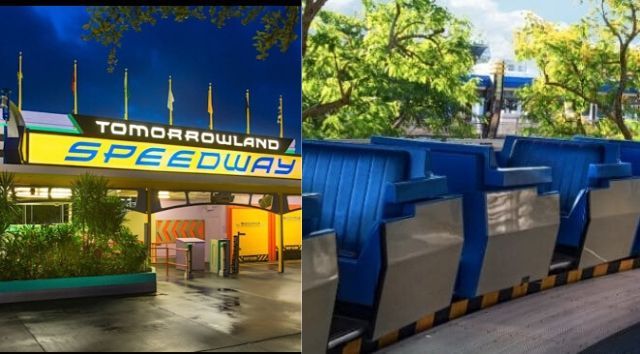 Every day at approximately 12:00 pm EST we will post two attractions for you to vote on. The link will be sent to Twitter, Facebook (both the official page and Crew group), and your email if you are a subscriber. We will work through 4 categories of characters:

Once we work through the first round in all 4 categories, the winners will advance on to the next round. We will continue this until we have a winner! Make sure you are on the lookout for this post each day, and vote using the poll in the post!

Yesterday’s Classic attraction winner was not a surprise from this Pirate Crew! Pirates of the Caribbean is our game 2 winner!

So, let’s get started with the first round! The first round features Walt Disney World “classic” attractions.

Cast your Vote Now for Round 1 Game 3

Tommorrowland Speedway is a race style attraction where guests “take the wheel” and steer race cars through an enclosed track. Children love this ride because they feel as if they are actually racing!

Tomorrowland Speedway was available for guests to enjoy on opening day of Magic Kingdom, making it a nostalgic favorite of many.

Peoplemover opened to guests July 1, 1971, and fans love it to this day. Many love the stunning views of the park you can glimpse from your ride. Others love the opportunity to take a break with a nice breeze. Children love this ride since they get to go through Space Mountain!

Which attraction is your favorite?  Cast your vote now!