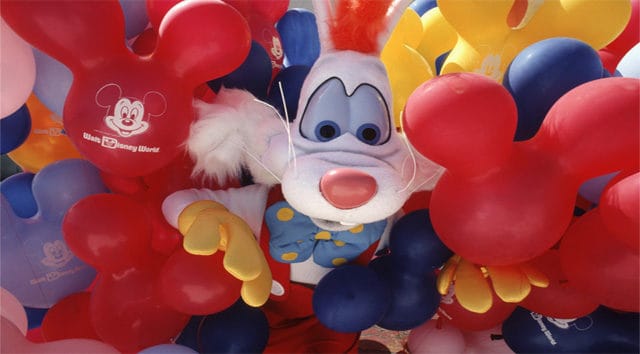 Looking for totally tubular fun? Dust off those leg warmers, shoulder pads, and other vintage looks and attend Disneyland After Dark: 80s Nite at Disneyland park! A meet and greet with Roger Rabbit is totally rare!

80s Nite is just one in a series of special Disneyland After Dark events this year! Everything from Sweetheart’s Nite to Pixar Nite will be celebrated at Disneyland in 2020.

Check HERE for dates for the various After Dark events.

80s Nite takes place on January 29 from 9 p.m. to 1 a.m. at Disneyland park. Check out some of the event-exclusive treats, meets, and more.

Eat like the ‘80s and savor a special menu of tasty, decade-inspired bites and sips. Fantabulous dishes to try include the Sloppy Joe Specialty Burger at Red Rose Taverne and Radical Rib Sandwich at Galactic Grill.

For treats, indulge in a Peanut Butter Pieces Churro while sipping on The Wagon-ade.

Head to the Fantasyland Theatre and boogie to the decade’s hottest hits! The limited-time return of Videopolis—Disneyland’s classic music video dance party—celebrates the ‘80s with a VJ playing the ultimate collection of music videos from the era.

“Awesome After Dark – Fireworks To The Max!” fireworks show

Kick off Disneyland After Dark with a glittering, high-energy spectacle! Nighttime fireworks are “totally choice” as iconic ‘80s themes take to the sky.

Bust a move and groove on over to the Tomorrowland Stage for a dance party with Minnie and friends!

See favorite Disney friends of yesteryear, including Ariel, Roger Rabbit, friends from DuckTales and others!

Ride popular attractions in Disneyland park with less time waiting in line! You’ll also have mix-in access to the park starting at 6 p.m.

Pick up a bevy of hot event items, including apparel, a commemorative Videopolis pin, and tumbler!

Have you ever attended an After Dark event at Disneyland before? I’m a 90’s kid so I would personally be more inclined to attend if it was 90’s Nite. Let us know if you’ve ever been to one of these events on the facebook page! We love to hear about Disneyland parties!