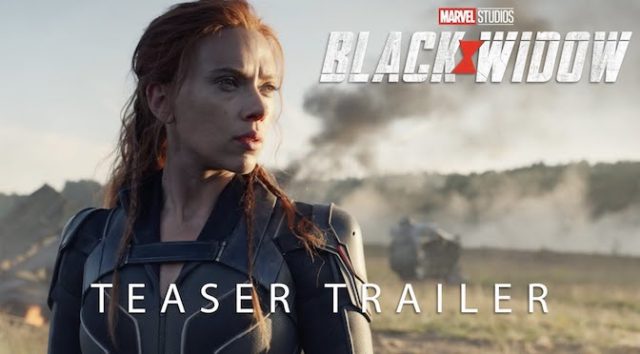 Marvel fans have been waiting a long time for this moment! The first Black Widow movie trailer has just been released! After watching the trailer, it is safe to say that this is going to be an amazing, action-packed, thriller full of strong female influences!

During the previous Marvel Cinematic Universe movies, we have caught glimpses into Natasha Romanoff’s dark past. It appears that we are going to get to dive deeper into her history in this movie, which is something everyone has been waiting to see.

In the trailer, we get glimpses of her time in “training” where she was taught how to kill and even sterilized as her final “graduation.”

This movie is set within the Marvel timeline right after Captain America: Civil War, so we also seem some familiar Avenger’s faces too including Hawkeye and Nick Fury.

You can watch the trailer for the new movie below:

What gets really exciting, is that we see Natasha walking into an unknown apartment armed and ready to kill. We hear a women’s voice off-camera saying “I know you’re out there” to which she responds, “I know you know I’m out here. Are we gonna talk like grown-ups?”

We then see the two women face to face, guns at the ready and the mysterious women gives us all a shock when she identifies herself as Black Widow’s sister.

Next, we briefly meet her father (the Red Guardian) and mother also. Watching the awkward moment of the family reunited around the dinner table again is going to provide some fun marvel humor that we all know and love.

One thing we have learned from all Marvel movies is that you can’t run from your past. You have to run at it straight ahead. Natasha comes to terms with this and teams up with her family to fight the evil Taskmaster. I think it is safe to say that Natasha is right when she says in the trailer, “one thing’s for sure, it’s gonna be a hell of a reunion.”

Marvel Studios never disappoints and I think it is safe to say that this is going to be the epic movie we have all been hoping for. Unfortunately, we are going to have to wait till May 2020!

Let me know what you think of new Black Widow Trailer!