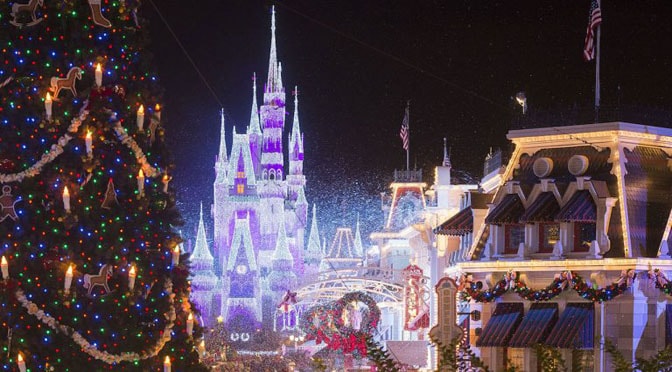 The performance schedule slated for three holiday specials taped from Disney Parks and Disney Cruise Line has been released. Check out what’s in store for us this season!

“The Wonderful World of Disney:  Magical Holiday Celebration” is the first special that will premiere on Thursday, November 28 from 8:00 to 10:00 p.m. EST on ABC and the ABC app.

Hosts Matthew Morrison and Emma Bunton with co-host Jesse Palmer will present this two hour special on Thanksgiving night.  Recorded at both Cinderella Castle at Walt Disney World and Sleeping Beauty Castle at Disneyland, the event will include several musical performances from Grammy award-winning performers including:

“Disney Channel Holiday Party @ Walt Disney World” is the next special to air on Friday, December 13 from 8:00 to 8:30 p.m. EST/PST on Disney Channel and the DisneyNOW app.

“ZOMBIES 2” stars Meg Donnelly and Milo Manheim will host this event recorded from Disney World and aboard Disney Fantasy, which is part of the Disney Cruise Line fleet.

This event will include a first look at the new attraction Mickey and Minnie’s Runaway Railway, which will open at Disney’s Hollywood Studios in spring of 2020 and Disneyland in the future.

Viewers will also get the opportunity to see a sneak preview of the Disney Channel Original Movie sequel “ZOMBIES 2”, which will be available on the Disney Channel in 2020.  “BUNK’D” stars Scarlett Estevez and Israel Johnson will also host a special family segment highlighting U.S. Marine Corps Reserve’s Toys for Tots program.

Additionally, special musical performances for this broadcast will include:

This show will feature the Christmas day parade down Main Street U.S.A., heartwarming stories, performances, a sneak peek of Mickey and Minnie’s Runaway Railway, and a first look at the Avengers Campus coming to Disney California Adventure Park in 2020.  Viewers will also get a look into the newly opened Disney Skyliner gondola system.

Performances for this event include:

Which performance are you most excited to see?  Will you be tuning in to these great holiday specials? 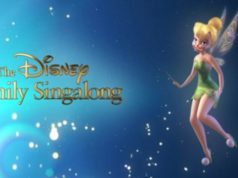