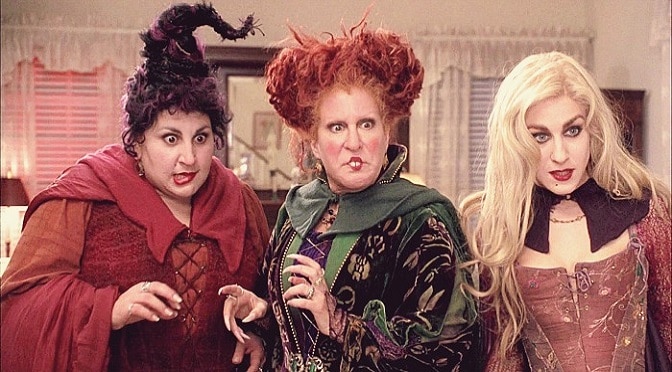 “Come Little Children…I’ll Take Thee Away….” How many of us grew up singing the song from the Halloween fan-favorite film, Hocus Pocus?  I’ll admit, I sometimes sing it around the house while looking for my own children!

Although the film was released in 1993, it did not become a cult classic until many years later.

For years, there was a rumor that Disney was working on a sequel for the film.  Well, it looks like we can put the rumor to rest now!

According to Deadline, the film is in the early stages of development and will be streamed on Disney+.  At the moment, there is no confirmation if the original cast or if the Sanderson sisters,  starring Bette Midler, Sarah Jessica Parker and Kathy Najimy will return.

As many people know, making a sequel at times can be very difficult because there is the anticipation of wondering if the film will be any good and worth the wait, but I can’t help but think with the advancement of technology today, how it could be amazing for the film!

I’ll admit, I’m pretty excited as our family watches the film every year around Halloween and throughout the rest of the year! Even if Midler, Parker, and Najimy do not portray the main characters of the film, it would be pretty awesome for the opportunity of a cameo!

There is no set date for Hocus Pocus the sequel.  Disney+ will begin to stream on November 12th.

Would you tune in to watch the sequel to this cult classic? 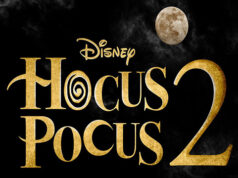