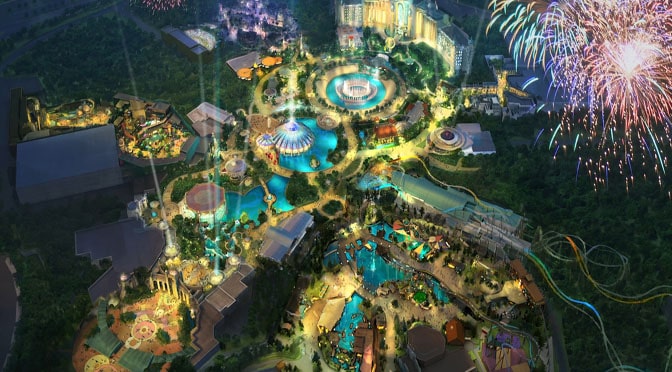 We have an opening year for the fourth theme park for Universal Studios, Epic Universe!

Epic Universe is set to open as early as 2023! This summer, Universal announced a new theme park to its family but was not giving away any information regarding a timeline or attractions the park would have. Well, now we at least know what year they are planning to open! I can’t wait to find out what kind of rides and attractions they are planning to base Epic Universe on!

Currently, Universal Studios, Islands of Adventure, and Volcano Bay are the theme parks owned by Universal. Epic Universe will be the fourth park when it opens in 2023. Here is a sketch up of what it may look like: 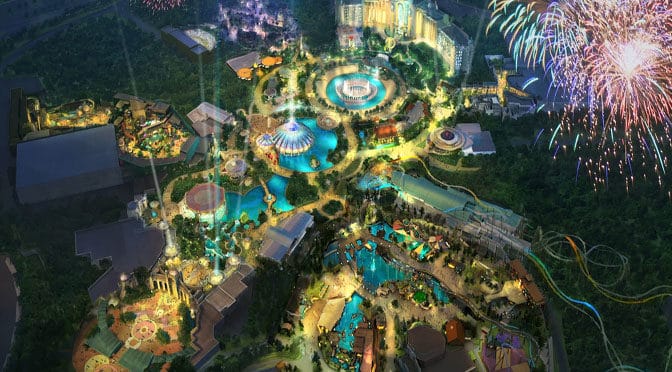 Universal plans to expand with a Nintendo-theme based park in Japan and a new park in China as well, company leaders announced during an earnings call.

Now that we know of an opening year, will you plan your future trip to coincide with the opening of Epic Universe or will you continue to tour Universal Studios as usual?

Santa Claus is meeting guests in a new location at Disney...

Here is the Complete List of Candlelight Processional Narrators for EPCOT’s...