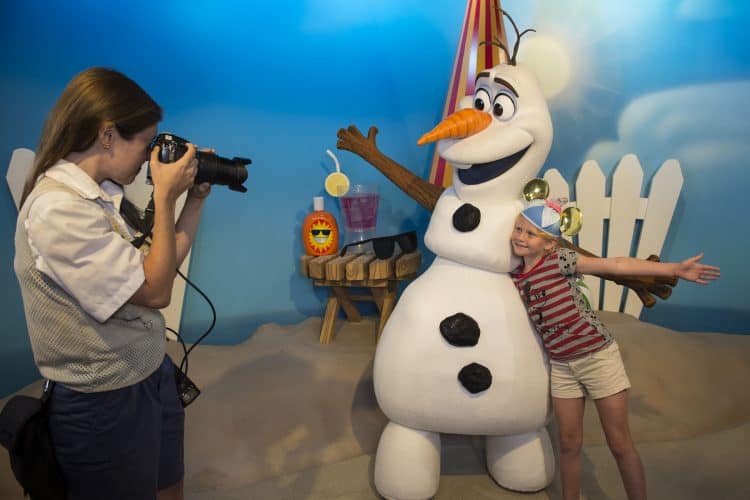 By now, you may have seen the news that the automated photo boxes have begun to take over indoor PhotoPass locations around the Walt Disney World resort.  They have now made their way into Princess Fairytale Hall.  A petition against the boxes on change.org has gathered close to the target of 50,000 signatures at the time of this writing.

What does this mean for your beloved Disney Character photos? While most people seem distressed by the change, many of the writers at Kenny the Pirate have managed to get some pretty good shots with the photoboxes!

First, let’s discuss the cons of the boxes.  Even if the photographers were put to work elsewhere in Walt Disney World rather than being totally displaced by the automated system, there is an innately human quality in knowing when to take a photo and at what angle.  Many of my personal favorite photographs from PhotoPass are candid shots.  A lot of them are from the first few seconds of the meet and greet when my child’s eyes light up and he throws his arms out for a hug! While the box theoretically could capture such shots, the box is stationary and unlike a human photographer can not move to get around any obstructions, such as mom handing off her backpack to get ready to take a pic.

But there is no need to lose hope! On the plus side, the boxes are operated by the cast member in the room with you, so there should be some decently posed shots of your session. For most guests, the posed photo at the end of the greet are the ones you would put in a frame anyway. Those shots should still be adequate with the boxes. If you’re buying memory maker in the hopes of getting great pics for your scrapbook or Christmas card, the value is still there.

What the photoboxes miss is capturing the fun of the interaction and the true joy we have when Olaf points himself out on my shirt or Goofy covers my son’s face with his hand and we all crack up. Personally, I don’t care as much for the posed, staged photos in part because my son has autism and doesn’t do well with staring at the camera and faking a smile.  For us, the laughing and goofing around photos are the ones we end up framing.

So, while we at Kenny the Pirate work to compile our best tips for getting great photos with the box, I urge readers to share their feedback and make their feelings known.  You can sign the petition on change.org, send a tweet to @wdwtoday, or even email guest services at [email protected]  One cast member stated that taking the surveys at the parks and after you return home is the best way to provide that feedback because the powers that be like quantifiable data on guest preferences.

I have always felt heard by Disney, and even if they don’t change course, perhaps they can work with us to address some of the concerns guests have in regards to taking photos with the automated box.

How do you feel about the boxes? Do you think anything can be done on Disney’s end to improve photo quality with them? 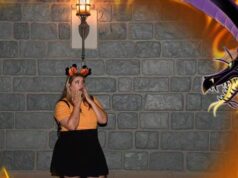