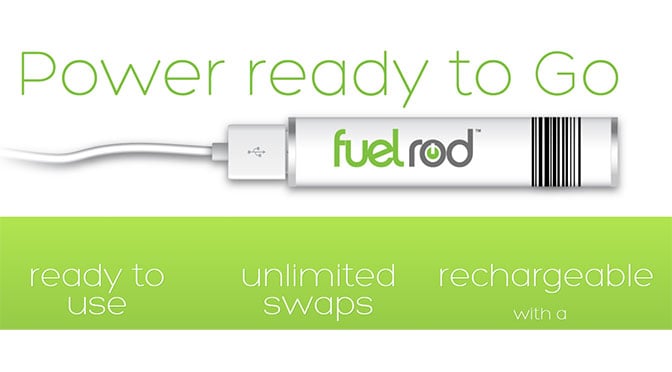 FuelRod is a backup battery service that allows you to purchase a small, low-power battery and swap it an unlimited number of times in Disney Parks for free.  Over the last year they have begun charging up to $3 per swap at off-site locations.  It appears that Disney Parks may be the next upcharge location.

Disneyland first began removing the signage that stated “Free Unlimited Swaps.”  As of today Walt Disney World locations have also begun removing that same signage.  The Magic Kingdom locations are the first to switch up the signage.

As you can see from my friend’s recent photo of the swap location in Epcot, it clearly stated “Free Unlimited Swaps.”  The new verbage states “Swappable.”

When asked by multiple Twitter users if they plan to begin charging in the parks, they decline to respond.  When asked why they went from free unlimited swapping as promised on the signage, the company’s official Twitter responded with these comments.

“Swaps have been used so much we started charging in some areas to cover increased service after 4+yrs at the same price.”  They also stated, “Host locations determine specific price points.”  And further posted “Swap charges are determined by host locations ($0-$3).”

While it’s still speculation until the change occurs, it appears likely that FuelRod will begin charging for swap services in the parks.  I would expect the service charge to begin October 1 when FuelRod’s current discount promotion ends.

I used the service frequently, but found that the batteries became very hot in my pocket or hand when charging my powerful Pixel phone.  I recently switched to using a  Morphie 10,000 which provides me with multiple re-charges and never gets hot.  It is about the size of my phone and does weigh more than a FuelRod, but does a good job for my needs in the parks.

What do you think about the possibility of FuelRod beginning to charge for this service in Disney Parks?