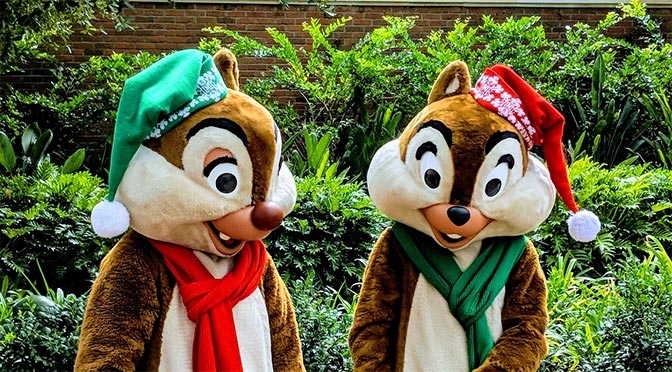 Several Characters are feeling more festive at Hollywood Studios for the “Flurry of Fun.”  Here’s  rundown of the characters ready for the holidays in this theme park.

When you enter Toy Story Land, you’ll see Buzz gussied up for the holidays with his new Santa style stocking cap.

Jessie, who meets with Woody,  has a new peppermint inspired vest and some festive touches on the top of her hat.

Woody is ready for a holly, jolly holiday with a special vest, scarf, touches to his hat and a new candy cane stuck in his empty pistol holster.

The Green Army didn’t want to be left out of the festivities, so they grabbed themselves some wintertime scarfs.  They appear for their drumline show, the Green Army bootcamp and can be found wandering around mingling with the crowds.

The Chipmunks are donning their scarfs and hats to prepare for the season of lights.  They are all smiles as they meet their guests in the morning and early afternoon.

Goofy is ready to take your requests, but watch out, as he might make a few mistakes with your Christmas list.  He means well for sure and has a lot of love to share. 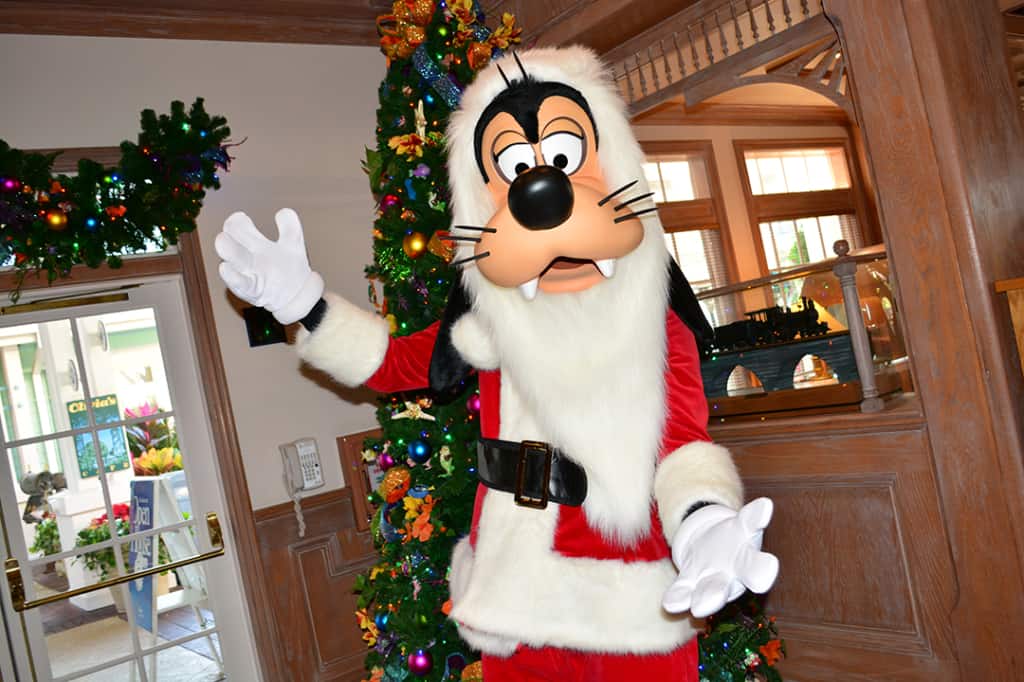 This is the most beautiful Santa Claus setting in all of Walt Disney World, in my opinion.  Santa appears regularly through the day, but he does take frequent breaks.  I’d plan to meet him at Hollywood Studios or Disney Springs. 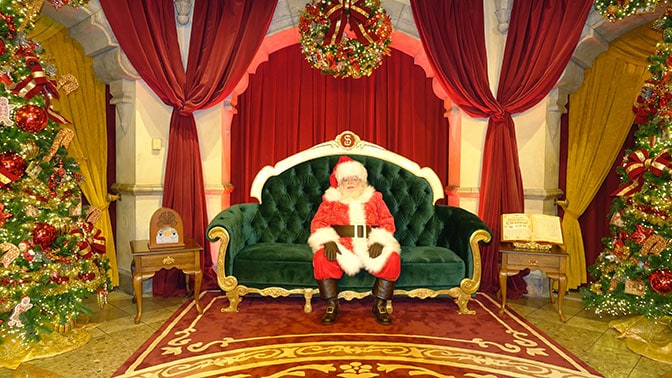 As always, all their character information can be found on Character Locator.

How to meet Santa Claus in Disney’s Hollywood Studios