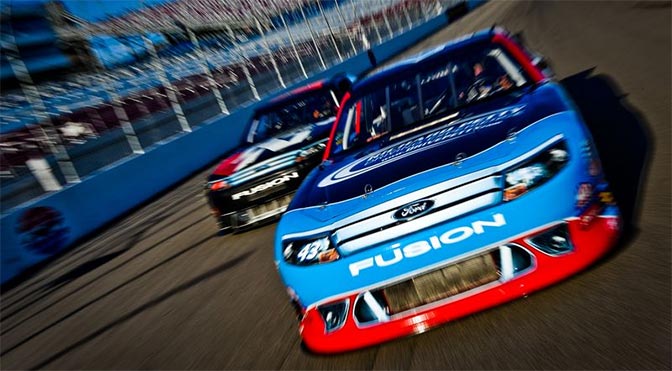 The Richard Petty Driving Experience has been hosted at this venue since 1997.  A few years ago I had the opportunity to do the ride along and to actually drive a car.  It was a great deal of fun.  The Speedway opened in 1996 as an attempt to bring actual racing to Walt Disney World.  They hosted an Indy Car, the Indy 200,  race as part of their agreement to rename the Walt Disney World Speedway go cart attraction.   The inaugural race was won by some guy named Buzz Calkins, but the second place finisher was a rookie named Tony Stewart, who would go on to become a champion racer.  After 4 years of trying, the race didn’t draw a very strong response, so it was canceled and the venue became host to the RPDE.
In 2012 they tried to boost sales at the venue and added the Exotic Driving Experience that involved an opportunity to drive some amazing super cars like Lamborghini and Ferrari.  In recent times they even added a Junior Ride Along program for younger children.  I think I should take my little one to do this before it closes.

After the Walt Disney World Richard Petty Driving Experience closes in June 30, 2015, potential drivers will still have the opportunity to try their hands behind the wheel of a real race car at Daytona Motor Speedway.

Disney will use the land for “future transportation improvements.”