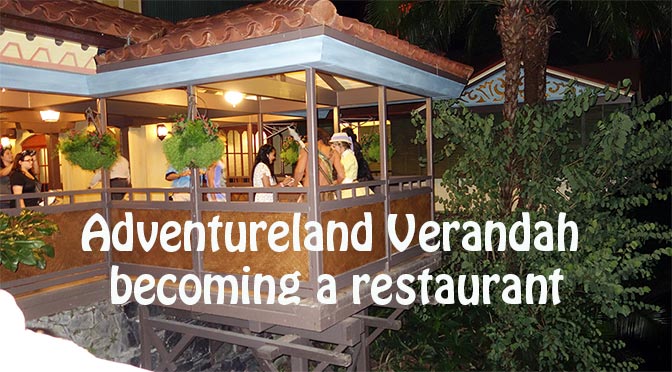 Over the last several years the Adventureland Verandah was used to host Tarzan and Jane at Mickey’s Not So Scary Halloween Party, Ariel, Tinker Bell’s Magical Nook and Peter Pan’s meet and greet, but it once served as a restaurant.  It closed as a restaurant in 1994 after opening in 1971.

Construction permits have been filed that points to the location being restored as a working restaurant.   Many people have rumored that the location would have some sort of Pirates theme and some rumored that it might even be a character centric location.  Nothing has been announced, so it’s merely speculation.