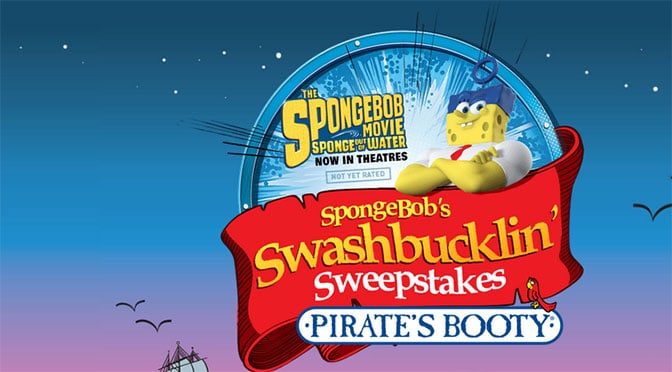 Win a 4 day 3 night trip to the Nickelodeon Suites Resort Hotel for up to Four people including a mid-sized car rental, $500 in spending money and tickets to a Spongebob Squarepants character breakfast.

The Parent of any Participant who is under the age of thirteen (13) years old will be sent an initial e-mail notification advising Parent that his/her child has registered at the Sweepstakes Site for entry into the Sweepstakes, and will be provided with the option to withdraw the entry. If the option to withdraw is not exercised within the time period indicated on such notice, the entry will be deemed submitted.

Void outside the forty-eight (48) contiguous United States and the District of Columbia, and void in Alaska, Hawaii, Puerto Rico and where prohibited or restricted by law