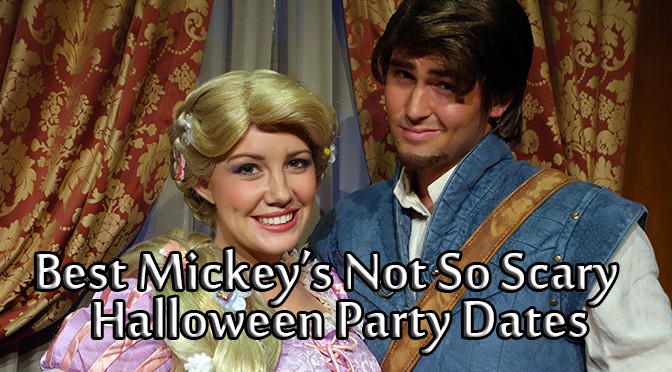 Which Mickey’s Not So Scary Halloween Party date should I choose?

Mickey’s Not So Scary Halloween Party has grown tremendously in popularity over the last couple of years.  In previous years Halloween night would sell out in advance and perhaps one or two other dates.

In 2013 eight different hard ticket Halloween Parties sold out at the Magic Kingdom.  Most were on Thursdays and Fridays in October and only one date in late September sold out.  Here’s chart of sell outs from 2013.  I’ll begin tracking them again this year for the 2014 Mickey’s Not So Scary Halloween Party

I’ve received a number of questions regarding which day of the week is best to attend on of the parties.  If possible during your trip, you might consider attending on a Tuesday night.  They tend to have the lowest attendance.  Fridays in October are typically the worst days to attend a party in terms of crowds.  These are the dates that I would choose in the order of preference.

I have also updated my Crowd Calendars for September 2014 and October 2014 with the Halloween Parties color coded as well.