On July 26th I posted the rumor that Jack and Sally from Nightmare Before Christmas could be joining the rotation for Mickey’s Not So Scary Halloween Party.  Disney confirmed today that the couple will INDEED join this year’s festivities.  The couple will be found in Town Square where Phineas and Ferb were located last year.  I expect them to be VERY popular.  They only met for 3 days at Downtown Disney last year and the line was up to 4 hours long!   Phineas and Ferb aren’t leaving completely from the party.  They will join the Creepa Crew in entertaining guests along Main Street immediately before both parades.

Disney also confirmed the rumor that the Tomorrowland Dance Party during Mickey’s Not So Scary Halloween Party would begin to be hosted by Mike and Sulley.  It will be known as, “Monstrous Scream-O-Ween Ball” dance party on the Rockettower Plaza Stage.   Will they only be “ON” the stage, like they currently are for the Monsters University Homecoming Dance Party in Hollywood Studios???   Speaking of the Homecoming Dance Party…it is scheduled to CLOSE on September 1st.

It’s been reported to me multiple times that Character Palooza has been occurring at times on the Streets of America, as I previously demonstrated and at other times the characters may appear in front of the Backlot Tour.  Stand in the shaded area in front of the Studios Catering Company and you should be able to see them arriving from either direction!  On August 21st, Character Palooza will shift to two appearances daily.  Since I’m in the area now, I’ll try to check in often to see how it all works out.

I’ve heard that Princess Fairytale Hall in Fantasyland is close to completion and should open by mid-September.  It will offer Cinderella and one other princess in one queue line and Rapunzel with one other princess in the other queue line.  It will offer FP+, but will not offer the “Legacy” paper Fastpass option.  Shortly after the Princesses relocate, the current Town Square location is supposed to undergo a change to become a possible new meet and greet location for the Disney Fairies.  This would enable Walt Disney World to offer FP+ for Fairy meets in the future for guests wishing to use that option.  Speaking of fairies, there will be a new movie coming to DVD next year that will feature the back story of none other than Capt Hook!  (Why they can’t just bring him back for regular meets, I’ll never know!)

Doc McStuffins made a brief stage appearance at the D23 Expo this week, but don’t expect to see her in the parks anytime soon!  Sofia took 8 months to begin meeting after she first waved at guests in the Walt Disney World Christmas Parade.  It could be a while before we see her in the parks.

“A new captain is joining the ranks of Disney Cruise Line! Just announced, Captain America will make appearances on the Disney Magic in Marvel’s Avengers Academy starting this October.

When Marvel’s Avengers Academy calls Disney’s Oceaneer Club on the Disney Magic its new seaward home, kids will have a brand-new way to enter into the Marvel Universe. Take a look at this video to hear more about the fun they’ll have during multi-day “training” and super hero missions in this cool, high-tech space.

Before you jump onboard the reimagined Disney Magic, be sure to check out the new animated series, Marvel’s Avengers Assemble, on Disney XD. There’s no doubt your kids will be more than ready to unleash their inner super heroes at Marvel’s Avengers Academy!

Captain America will be one of five “captains” on the Disney Magic. Can you name the other four? Tell us in the comments!” 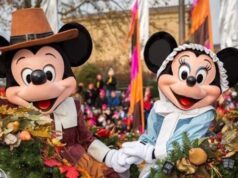 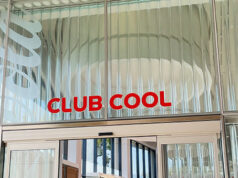 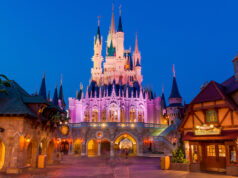