In 2009 our family took part in our first ever Disney Cruise.  We sailed upon the Disney Wonder for 4 days and 3 nights.  We had taken advantage of a “Kids sail free” offer which saved us thousands of dollars on the cost of the cruise.  My wife and I had sailed twice previously on another cruise line, but heard that Disney had the highest standards for children’s care and entertainment and we weren’t dissappointed in those areas.

Each day the cabin steward would bring us a Navigator that lists the shows and activities.  Among those activities are scheduled character meets on the ship and at Disney’s private island – Castaway Cay.  It was refreshing to know exactly which characters would appear, where they would be located and exactly what time they would be there for the meet and greet.  The best part is there is no mention of the word “intermittently.”  Here’s an example of a DCL Navigator.  On a DCL cruise you might meet some of these great Disney characters with minimal waits:  Hook & Smee, Minnie, Mickey, Princesses, Lilo & Stitch, Donald, Daisy, Chip n Dale, Jack Sparrow, Peter Pan, Tinker Bell, Goofy, Pluto and possibly others.    We made a little schedule of the shows and experiences that we wanted to see and then penciled in any meet and greets that the kids wanted to experience. 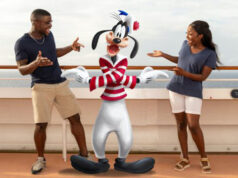 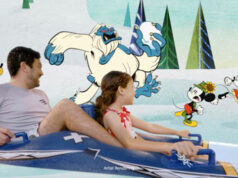 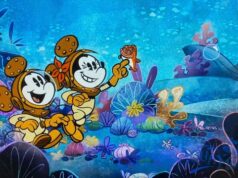