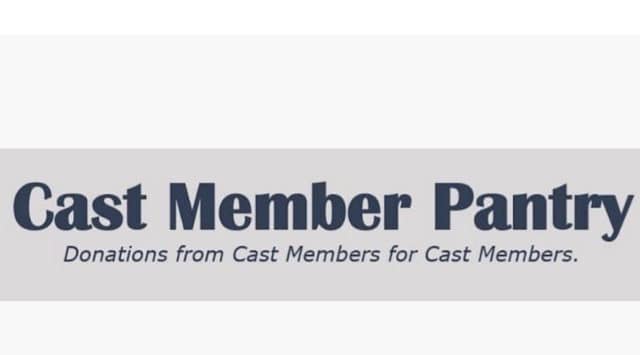 With thousands of Disney Cast Members furloughed due to Walt Disney World’s temporary closure, many are facing economic hardships. One Cast Member has decided to continue spreading the magic during the furlough, but now she is focusing on the needs of her coworkers.

Emily Lartigue is among the many Disney employees who have been furloughed, but she isn’t letting the temporary closure keep her from spreading some magic.

After Walt Disney World temporarily closed in March, Emily decided to open the Cast Member Pantry.  She began collecting food and monetary donations immediately to help out her coworkers in need.

In an interview with Click Orlando, Emily stated, “To be able to give back to them and to help out our fellow cast is really special.”

The outpouring of support has been huge!  The Cast Member Pantry has now moved to a storage unit, which is filled with non-perishable foods, including canned vegetables, toiletries, and snacks.

“It really does give you chill bumps, you know? People have shown us an outpouring of donations, monetary donations, we hit $2,000 yesterday,” Emily said.

There is a Facebook Page created for the Cast Member Pantry, with thousands of supporters!  The page reads “in this time of uncertainty when many cast depend on tips and overtime, humanity wins.”

Cast members who have been furloughed can make an appointment to visit the pantry and pick up what they need.  There are both food and toiletries available for Cast Members.

The Pantry does request that Cast Members adhere to CDC guidelines.  Only two people are allowed inside at the same time.  They would also like Cast Members to wear a mask and gloves when visiting.

If you would like to help out and donate to the Cast Member Pantry, you can contact the volunteers on Facebook or email [email protected] They are accepting both non-perishable foods and monetary donations.

In this time of uncertainty, humanity is certainly winning. Let us know your thoughts on Kenny the Pirate’s Facebook Page, or join our crew and continue the discussion.