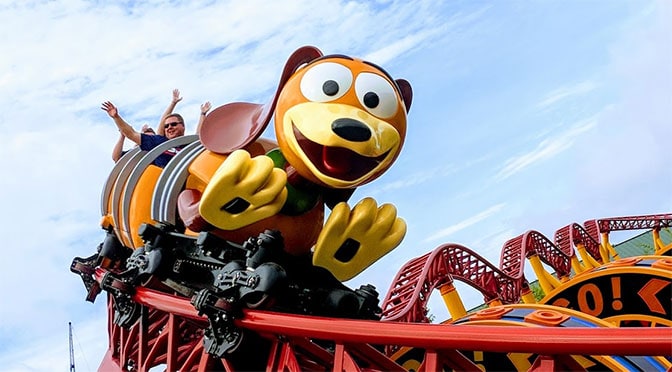 Early Morning Magic allows guests to enter as early as 7:00am and ride Slinky Dog Dash, Alien Swirling Saucers and Toy Story Mania over and over until the park opens around 8:45am.  The event also includes a special breakfast.  The cost is $79 per adult (ages 10 and older) and $69 per child (ages 3 to 9); tax not included.

Breakfast is now served at Backlot Express near Star Tours and is available for you until 10:00am.  During June, July and August Early Morning Magic will be available on Mondays and Wednesdays through August 21, 2019.

Here’s my review of the event:

You can reserve your spot(s) here