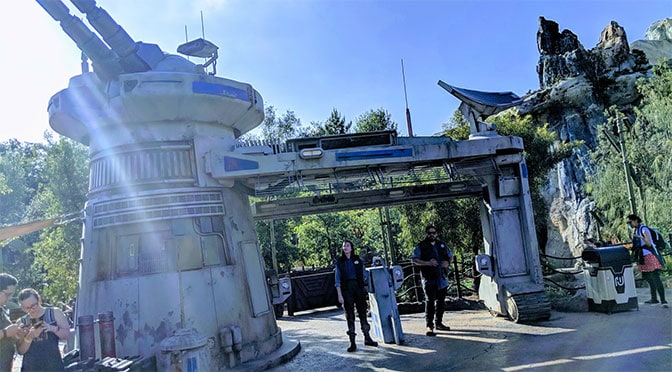 Recently, the head of Disney Parks, Bob Chapek, stated that Rise of the Resistance ride in Galaxy’s Edge will be 15 minutes long.  How long will it actually take though?

According to Disney and Universal blogger Alicia Stella, the ride components may take 15 minutes, but your total experience is supposed to be 27 minutes total.

For example, you might say that Flight of Passage lasts 4 minutes and 30 seconds.  That sounds great, but your actual experience with the and, uh preshows with the ride will total at least 12-15 minutes.  Often, I’ve used Fastpass and it still took me 20 minutes and that doesn’t include the time being held in queue.

So, how did Alicia come up with 27 minute ride experience?  The ride itself will supposedly be 15 minutes, but at least 12 more minutes will be filled by the shuttle pre-show and the final landing sequence.  According to her, this time does not include the amount of time you’ll wait in the queue, which is determined by the number of guests in the line.

If you are planning to do rider switch, you may want to acquire that switch, then head off to do other things after the first rider experiences the ride and return later for the second.  Otherwise, your little one will be waiting a solid hour for the bigger people to ride with nothing to do but stare at an X-Wing fighter or look at t-shirts.

The ride has the Fastpass return touch points installed, but guest who are already booking Fastpasses beyond the December 5, 2019 are reporting that there is still no Fastpass for Rise of the Resistance or Millenium Falcon: Smuggler’s Run.

Some may not like that it could be such a long experience, but it seems like an awesome way to spend a half hour, if it proves to be true.  What are your thoughts?