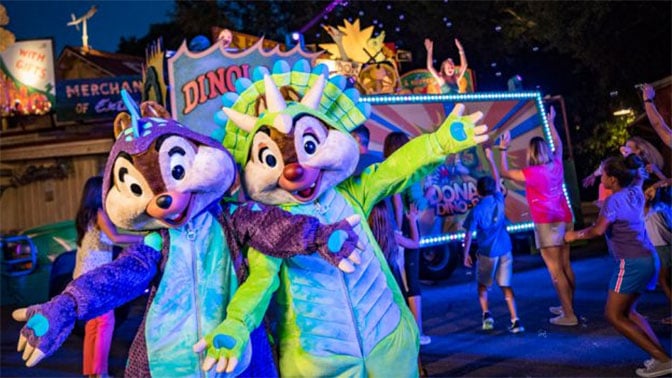 Disney’s Animal Kingdom continues to cut entertainment offerings in the park.  We have lost a dance party and another beloved character may be on the chopping block.

Effective at the end of day September 30, 2019, the Dino-Rific Dance Party will be eliminated as an entertainment offering.  No previous announcement was made concerning this cut.

Attendance has been poor in September, one of the poorest we’ve experienced in quite some time.  The hopes were that the opening of the Millenium Falcon: Smuggler’s Run attraction would attract large crowds, so Extra Extra Magic Hours were instituted for September and October.  It has been a tremendous offering from a guest perspective, with very light crowds.  From an industry prospective, it’s been a costly offering.

It’s just a RUMOR, but I’ve been told a couple of times that DiVine may also be on the list of things that may be removed from Animal Kingdom.  Some feel that she isn’t vital to the park experience because she is something guests awe at for moment when entering the park, but move on quickly to their first attraction of the day.

Again, that is still a rumor, but we are seeing entertainment acts being scaled back like the Citizens of Hollywood or eliminated entirely like the Muppets in the Magic Kingdom, the Royal Majesty Makers and the Burudika Band.

I’d suspect that this trend won’t end anytime soon as Disney just experienced the loss of a major executive who saw her position completely eliminated.

What are your thoughts?