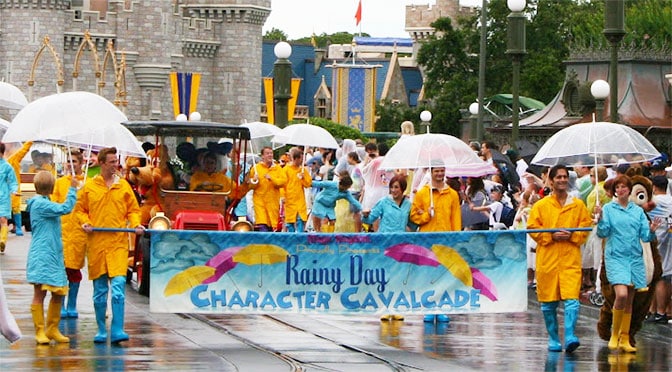 It rains at Walt Disney World, a lot.  When it rains, it’s often a major thunderstorm with brilliant lightning striking through the sky.  While it creates beautiful photography opportunities, it creates danger for guests and cast members, so many attractions must close during these storms.

“Which attractions can I count on being open during a thunderstorm?”

Many character meet and greets are located outside and the characters may create a makeshift meet in a nearby covered area or they will likely just cancel until the weather clears.  I’d make a sexy infographic for this info, but it’s easier to keep updated as a bulleted list.  Too many Disney World attractions come and go regularly.

So, with the list provided above I recommend the following parks on day when thunderstorms are imminent:

Another special note would be to include some flip flops or water friendly shoes in your park bag, so your nice tennis shoes don’t become water logged.  If they do, stuff them with newspaper to draw out the wetness.

A rainy day at Disney is better than a sunny day at work! 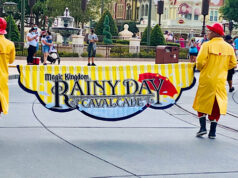 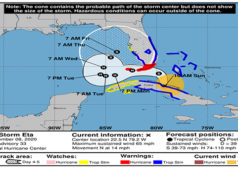