Looks like our family has finally kicked the Flu virus and life prepares for the Christmas season.  Like many of you we have some last minute shopping to do this weekend, but I thought I’d take a minute to update you on some character news.

The characters have returned to the resorts from now through Christmas eve.  The schedule should follow the one that was provided last year.  There is no guarantee which character you’ll meet, but the schedule should be the same or very similar.

Daisy to return to Animal Kingdom during Christmas break.

Daisy Duck will return to Animal Kingdom from December 21-31.  She will meet in front of the Creature Comforts store on the path toward Africa.  I just added her back to Character Locator with her full schedule.

Baymax and Hiro said to be leaving soon.

Reports are that the Big Hero 6 characters are said to be leaving by mid-January.  Baymax’s batteries are difficult to keep charged, so the meet is likely to be retired soon, so be sure to see them soon.  Their full schedule is also listed on the Character Locator.

Inside Out characters to arrive at Walt Disney World.

Characters from the upcoming Pixar movie “Inside Out” are said to be arriving late this spring at Hollywood Studios.  They are expected to take over the location that will be vacated by Hiro and Baymax.  The new movie is set to release June 19, 2015 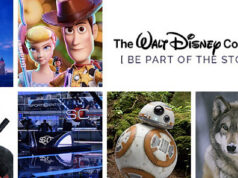