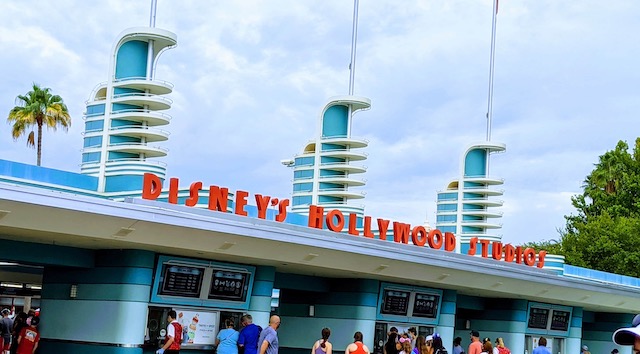 It looks as if we may no longer be able to experience one of Hollywood Studio’s most nostalgic attractions. Full details below.

When Disney World reopened, almost every aspect of the park experience was changed. Character meet and greets disappeared, FastPasses vanished, and social distancing and masks became the norm.

Not only that, but stage shows have not returned to the parks yet either. Due to the ongoing battle between the Actor’s Equity Association and Disney, performers have not been called back to work.

However, some shows have been modified like UP! A Great Bird Adventure or the Disney Junior Play and Dance. Other shows, like the Beauty and the Beast Live on Stage have been temporarily replaced with other entertainment.

It appears as if Disney is taking this opportunity to permanently close one of the shows we love.

After being opened for over 30 years as an attraction at Hollywood Studios, Voyage of the Little Mermaid did not reopen with the park.

Additionally, there were no clear markings of social distancing on the ground outside of the attraction. Many wondered if this was the end of the sea for this particular attraction.

Recently, the show’s billboard has been removed from the side of the theater. The theater is located inside the Animation Courtyard.

As on now, all that shows on the facade is the metal framework that once held the billboard.

Additionally, we have not heard an official announcement from Disney regarding its rumored permanent closure.

In fact, there has been long anticipation and rumors of the attraction closing well before the pandemic began.

Back in July of 2015, our very own Kenny covered this rumor. The removal of the billboard seems to solidify the rumor even more.

The attraction itself runs at 17 minutes in length and relives the story of the animated film, “The Little Mermaid.” It is a live action musical filled with Ariel and puppetry.

I will never forget the first time that I experienced the attraction when we first visited Hollywood Studios back in 2015.

I could not stop giggling when it began to “rain” on the audience. that was something i not expecting it at all!

My husband, on the other hand, has always preferred this attraction in the same way that he appreciates the Tiki Room over at Magic Kingdom. He is able to get in a quick nap in a nicely air conditioned room!

Take a look at some other attractions that are perfect for naps!

I also have to admit that there have been a couple of times where there was a malfunction at the end of the show particularly with Ariel and her magical fin. Then, the show quickly went to curtain call.

If this attraction has permanently closed, I will be very sad. I do have to agree that it does show its age, but it is also an attraction that will be missed.

What are your thoughts? Would you be sad if the attraction permanently closed? Let us know in the comments on Facebook and in our Facebook group.

You HAVE to See These 5 Movies Before Visiting EPCOT!

A Sought After Amenity Aboard Disney Cruise Line Reopens